If this day on July 19, 1969 did not happen, or if the Russians beat us to the punch, or the mission failed, who knows where our nation would be today. It was because of this monumental achievement our nation has and will continue to encourage a robust space program. The lunar landing has and will continue to provide dreams for our youth. A mission to recruit the best and the brightest of our pilots, to join the elite explorers of the past and future to continue to look to the stars. Learn More 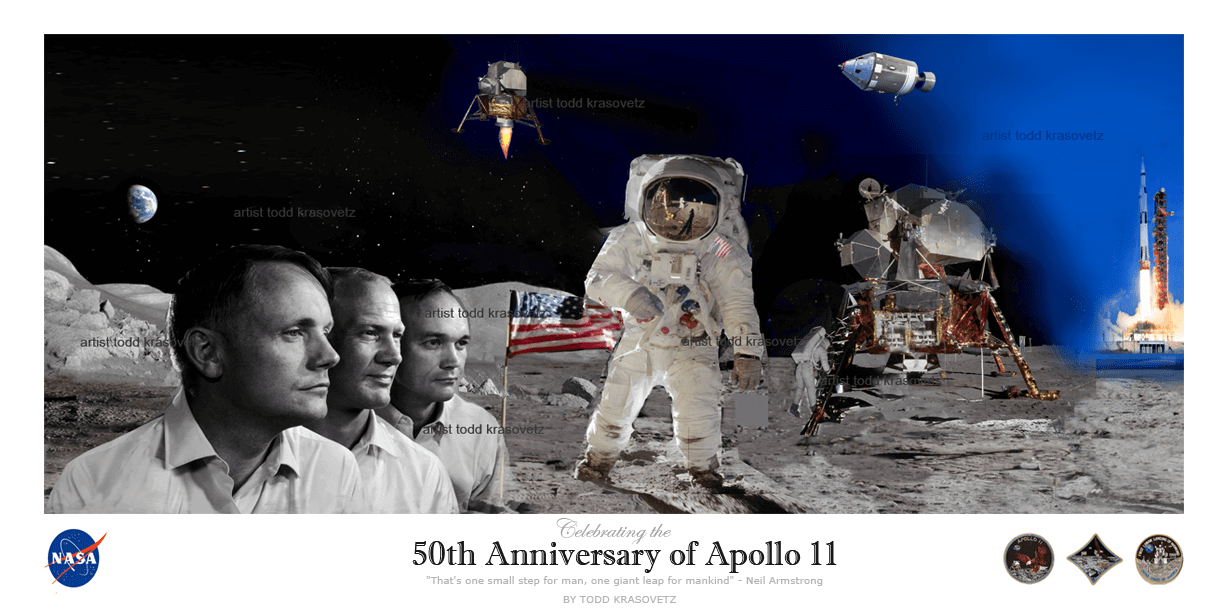 There are no reviews yet.

1997-2022 Official Military Art  All Rights Reserved. All Artwork & Rights is the Sole Property of Todd Krasovetz & Should Never Be Taken From This Website Without Prior Authorization. Built by Digital Creatives | Site Map | Site Map HTML Important Links