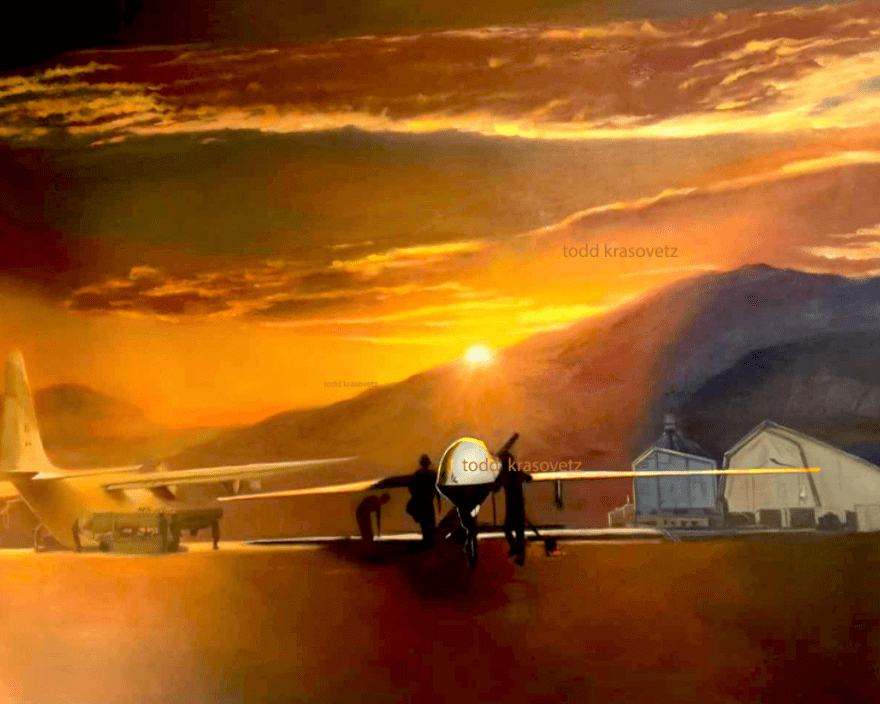 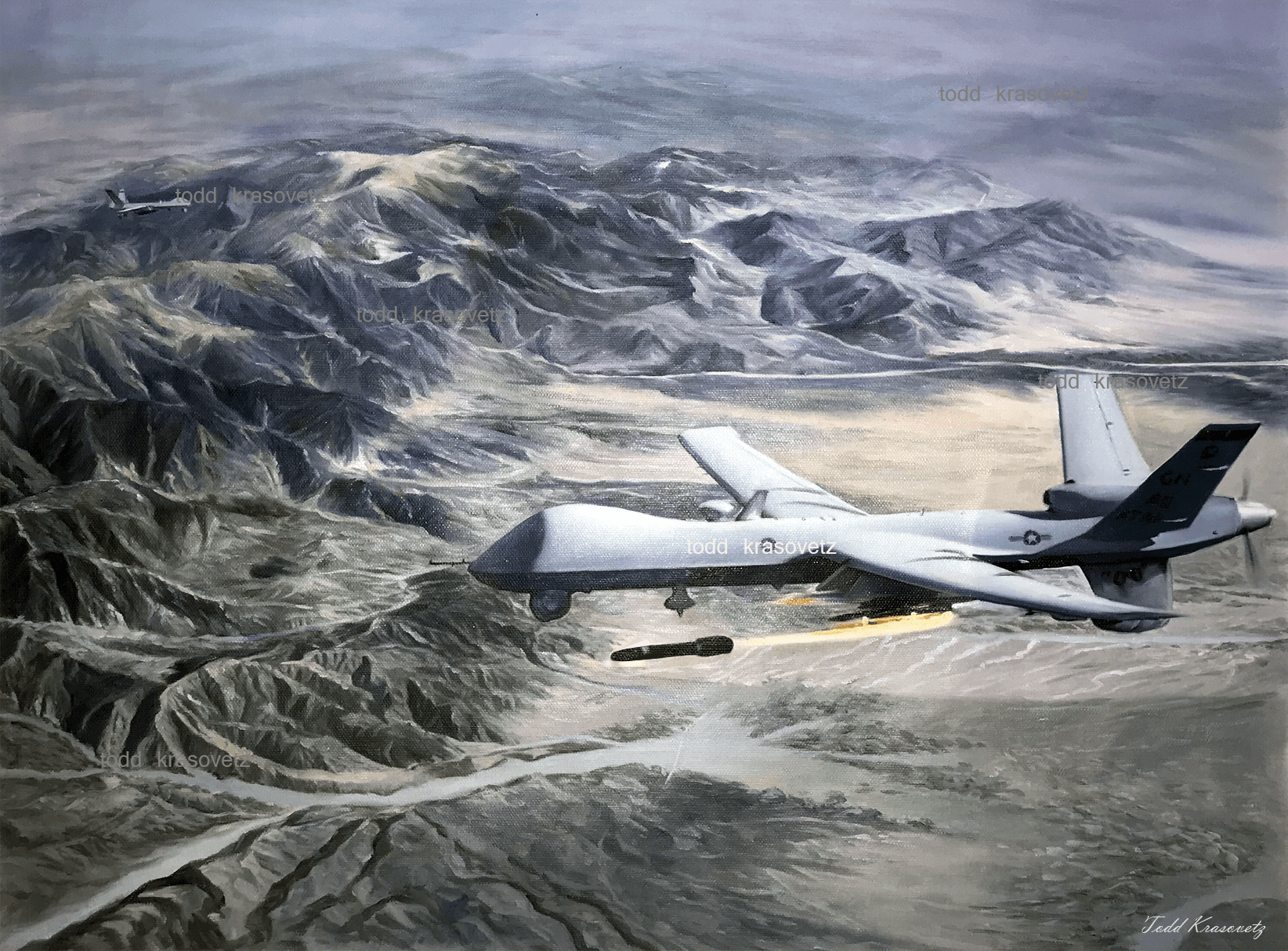 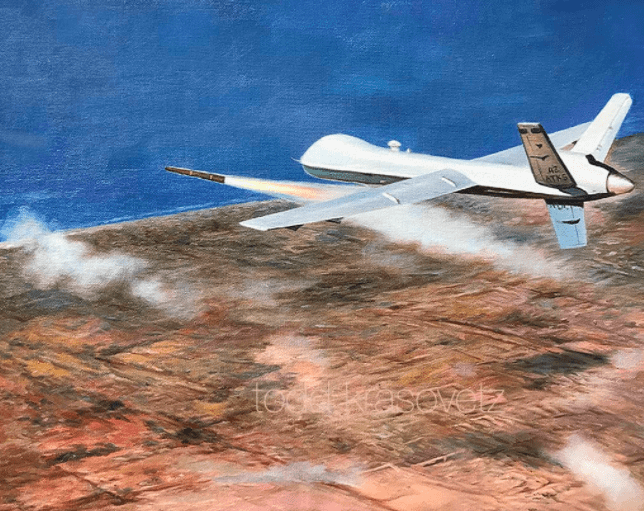 Titled: “Any Time, Any Place” Oil on Canvas: Commissioned by the Command at Cannon AFB , Cannon, New Mexico. Limited Edition Prints are Available While Supplies Last 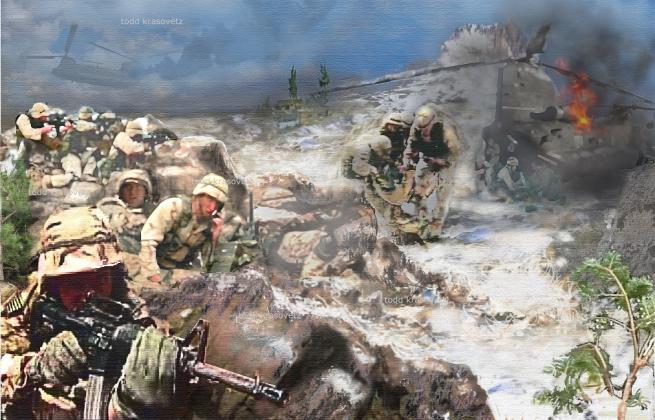 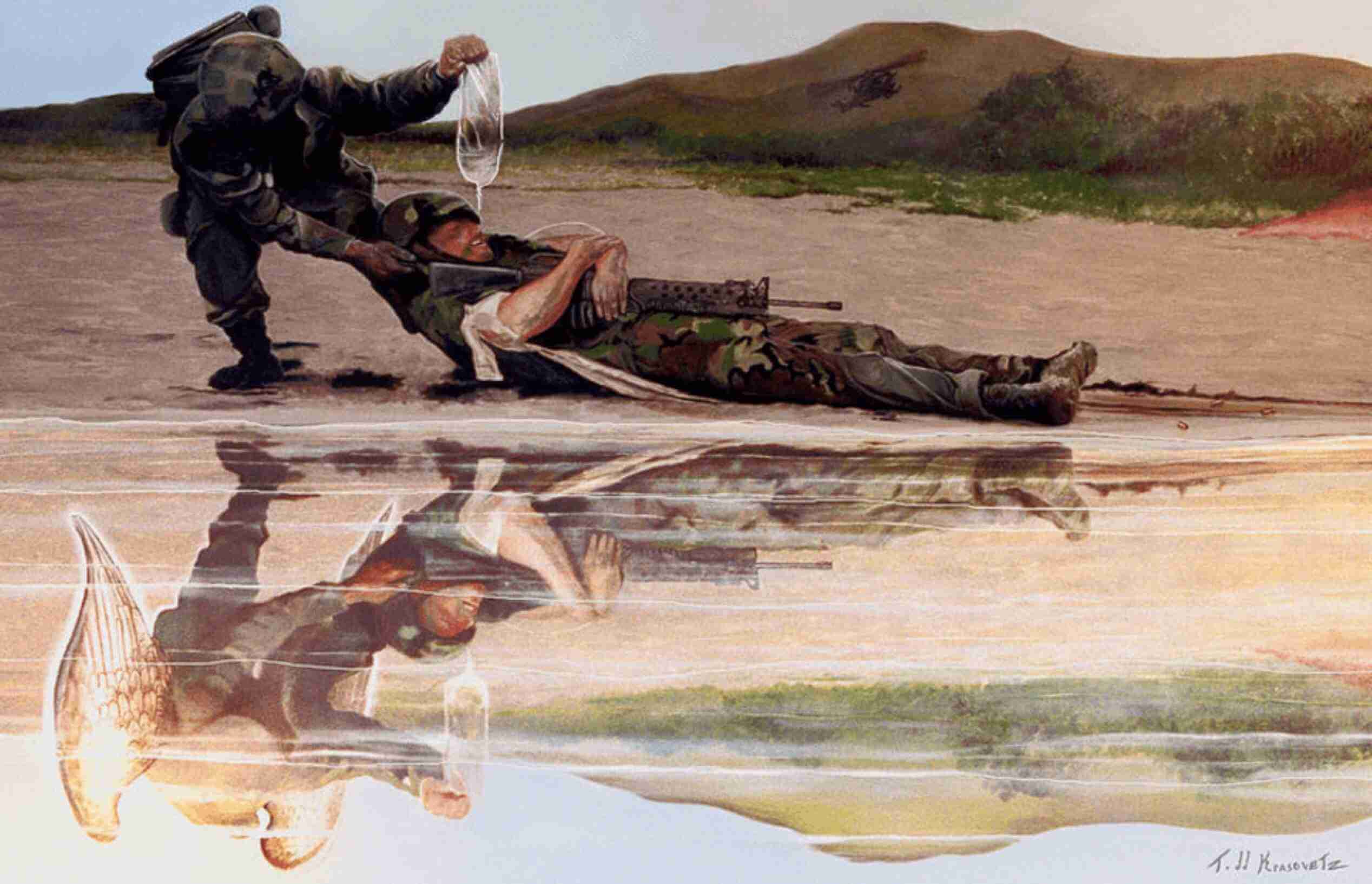 Official Military Art offers a unique design process; providing innovative ideas to the military as well as both private and public fine art collectors. If you are remodeling your office or in the process of building a new space, or a gallery owner looking for high quality fine art, we are experts and can to turn that space into a meaningful, visual statement.

Artist Todd Krasovetz & Official Military Art is honored  to provide exquisite, meaningful Fine Art to collectors, museums and military installations around the world. The artists personal goal is to serve and deliver custom and diverse audiences through the interpretation, collection, and exhibition of art created since 1988. 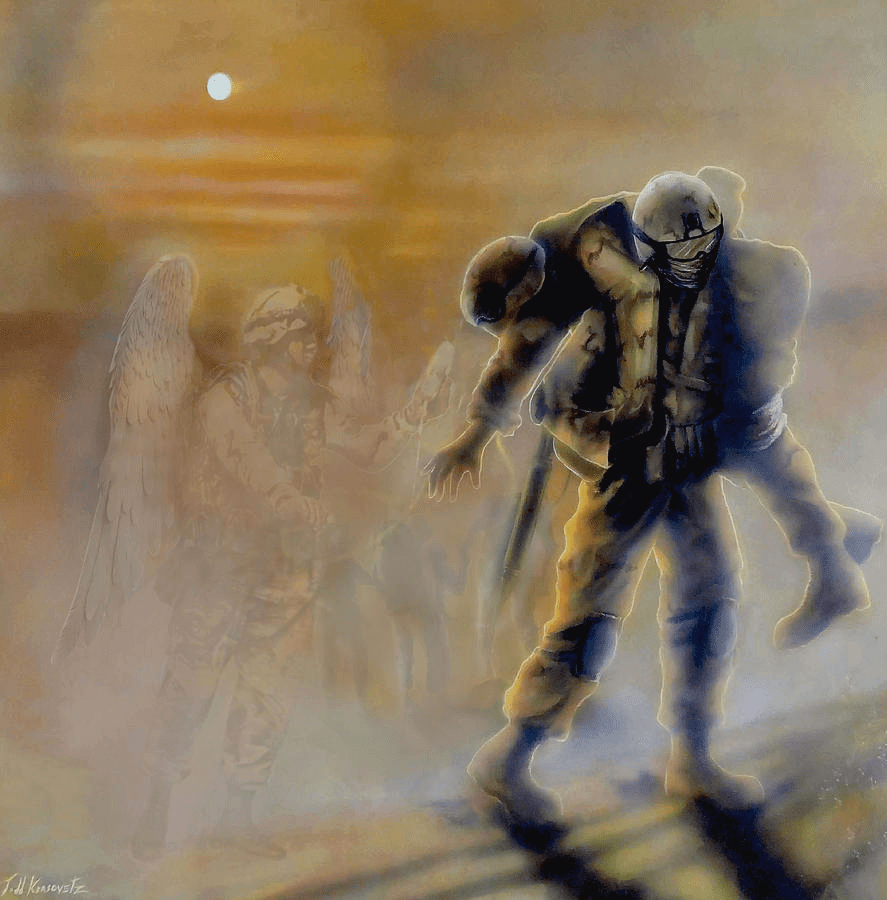 October 07, 2004 Bridgeport Clinic Dedication ,BRIDGEPORT, Calif. Medal Of Honor Sailors, Marines, civilians and veterans of foreign wars gathered at Naval Hospital Branch Medical Clinic Bridgeport the morning of Oct. 1 for the solemn ceremony of dedicating the clinic for Hospital-man Richard D. De Wert, a Navy hospital corpsman who received the Medal of Honor for his selfless actions in combat. De Wert was assigned to D Company, 7th Marines, 1st Marine Division during the Korean War. Military artist, Todd Krasovetz was commissioned by the command to produce a portrait of Hospital man Richard D. De Wert for the clinic which was renamed in honor of his legacy. WHAT IS “WINGS OF HOPE”? Wings OF Hope is the name of the first original oil painting in a series of military art paintings commissioned by the Marine Corps and the Command at the Naval Hospital Camp Pendleton, CA. At present, artist Todd Krasovetz has been commissioned more than 24 paintings that now hang on permanent display at various Army, Marine, Navy Air Force bases and veterans hospitals throughout the US. The majority most can be found in Southern California. These art paintings have become very popular within both the military, there families and the general population. In July of 2001, I was first commissioned by the Command at the Naval Hospital, Camp Pendleton where the 9′ x 8 ‘ foot oil painting titled wings of hope now hang. Wings of Hope military art painting series proudly commemorates the sacrifices of all of those who serve throughout all branches of the armed forces worldwide.

Call 1.619.490.9985 or email wingsofhope@gmail.com to and learn more about Official Military Art, and how to commission Artist Todd Krasovetz and to order any of the military fine-art original paintings or art prints today!